DANIEL DOESN'T WANT TO BE DONE 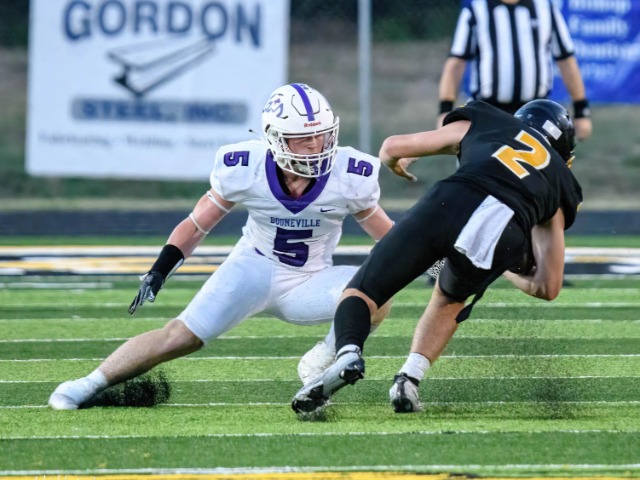 Sometimes you need to be a trailblazer. At other times, an established pathway is perfectly fine.

IT IS NOT THAT EASY

Don’t think for a second the familiar path comes with less pressure.

Like a lot of students walking the Booneville hallways or athletes walking the playing surfaces, Daniel is the offspring of former Bearcats, but unlike some of his peers, Daniel's parents are intricately involved in the school.

“There’s quite a bit of pressure there,” said Daniel. “You just feel like there’s always eyes on you, especially with mom (Amy) being on the school board and my dad (Andy) being a former Bearcat, they expect a lot.

“And with me being a Ray too. My grandpa Bruce paving the way, and with Gator and Carson, and all them and my uncle James and with my dad playing here.”

Daniel is a little different in that rather than being in the backfield like the Rays – he does have 15 career carries and will return the occasional kickoff – or on the line like his father, he is a tight end and receiver and can play both inside and outside linebacker.

Defensively Daniel is the second leading tackler for the Bearcats and has made seven tackles for a loss, including a sack in last week’s playoff game with Junction City.

Daniel attributes some of that to constant film study.

“I’d say on average I watch a couple hours of film. I’m not just watching film to watch film. If you think about it most teams will run the same things and Coach (Arron) Kimes does a great job breaking down film. I like to know in this formation what their primary plays will be.”

He may go by Dunn, but Daniel doesn’t want to be done.

In making a trip to Smackover Friday the Bearcats will be on a new trail as the schools have never met.

“It’s playoff time and any time can happen,” said Daniel. “That’s the mentality of everybody. We want a state championship.”

With that ultimate goal of War Memorial as Daniel and his teammates are aware, there is already a trailblazer in the 2000 team that won three straight road games on the way to a title.

In addition to his film work for opponents, Daniel has also taken time to review older films and learn the history of those who blazed the playoff trails, like the 1986 Junction City game, as well as some of the others to walk these trails to soak it all in.

“My dad said he was 8 years old and he can still see (Frank) Johnson pitching that ball to (Paul) Smith and him running for a touchdown,” said Daniel of the classic against Junction City. “When my uncle James was in high school, they had three or four years they were really good, I like going back and watching that, they were fun to watch.”

“I plan on attending Ouachita Baptist in the fall and doing their pre-med track and hopefully after my undergrad go to UAMS,” said Daniel.

Daniel isn’t set as far as a possible specialty but he considered deviating from the small town doctor of the father and grandfather.

Daniel says had he chosen another path it would have come with the family’s blessing.

“At the beginning I was going to get a degree in kinesiology and like bio-medicine and go work for Gatorade, like being a sports nutritionist and doing research on athletes,” said Daniel. “The more I looked into it, their headquarter is in Illinois and I don’t want to move to Illinois.

“I always knew I wanted to do something in the medical field.”

“I’ll take college statistics next semester and be done with math in college,” said Daniel. “I’m not a big math guy so I’m trying to get it out of the way so I’ll be taking a lot of biology – a lot of science and I love science.

While taking the stats class, Daniel will likely be accumulating stats for the baseball Bearcats where he will be a returning starter after hitting .315 with 15 RBI last year. He also runs track, having qualified for the state track meet as a sophomore. 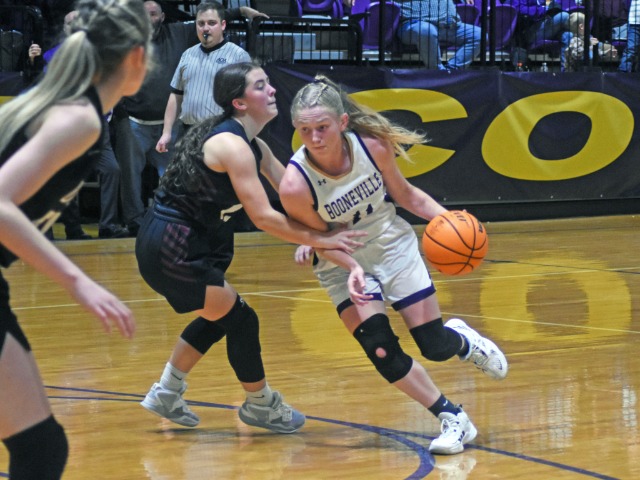