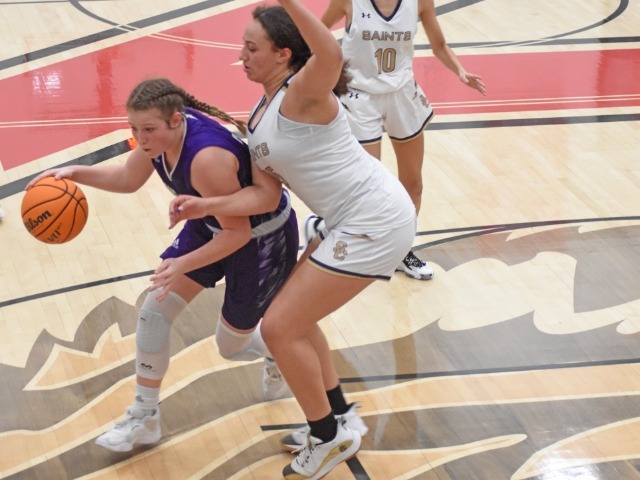 The Booneville Lady Bearcats collected their third tournament title of the season Thursday night when they took down Shiloh Christian 53-40 in the finals of the Bill Frye Classic in Mansfield.

With 52.4 seconds to go in the third quarter the Lady Saints took a 34-31 lead on a conventional three-point play. The play broke a tie for the 11th lead change of the game.

There would be just one more.

The Lady Bearcats (12-0) scored the next 11 points and led the rest of the night.

Already well on her way to a game-high 23 point night, Leigh Swint started it, taking a pass from Brooke Turner on the ensuing possession to cut it to 34-33.

Swint scored again with 16.7 seconds left in the quarter and had converted a conventional three-point play of her own but a lane violation kept it 35-34.

Heaven Sanchez scored after a theft – the Lady Bearcats had 17 steals – and it was 37-34 after three quarters.

Sanchez assisted Swint – on of her seven assists – 26 seconds into the final quarter and it was 39-34.

A Lexi Franklin free throw and another basket from Swint, after a pass from Linley Garrett, had the Lady Bearcats up 42-34, and Shiloh calling a time out.

A quick basket out of the stoppage and a couple of free throws ended the Lady Bearcat run but tournament MVP Joleigh Tate (shown) scored the next four points on assists from Sanchez and Layla Byrum and it was back to an eight point advantage at 46-38.

From there the Lady Bearcats kept the defensive pressure on and worked as much of the tournament used 35-second clock as possible. They also continued on what would be a 9-0 run, and the culmination of a 20-4 run since the 34-31 Shiloh lead.

One-and-one front end conversions by Swint and Hayley Roberts had the lead to double digits before a basket by Swint, another by Sanchez, and the final of Tate’s 15 points made it 53-38 with 1:14 to play.

Prior to the title clinching stretch the teams had battled through a first half and just over seven third quarter minutes with neither team leading by more than four.

The Lady Bearcats took a 16-12 lead to the bench after a quarter when Sanchez hit a 3 and the buzzer and Shiloh had scored the first four points of third quarter after a 23-23 halftime score.

They did so with a dominating third quarter in which they opened a 17 point lead.

Vian had used a couple of free throws with 9.2 second to play in the first half to get within 24-19, but Heaven Sanchez would hit two free throws of her own after she was fouled with 8.9 seconds to go in the half and it was 26-19 at the intermission.

The free throws also started a run of 12-0 that all but clinched it.

Sanchez, who scored 23 points in the game, started the second half scoring with a 3 and a three-point play and after a pair of Joliegh Tate baskets it was 36-19.

By the 4:05 point of the final quarter the lead was 23, 52-29, after a pair of Sanchez baskets and the Lady Bearcats would coast from there.

The Lady Bearcats had scored the first six points of the game and were up 12-3 after a Byrum free throw with 2:41 to go in the opening quarter.

Twice the lead reached 10 in the second quarter before three Lady Wolverines combined to hit five of six free throws over a span of 1:04 to cut it to 24-19.

Sanchez was the only Lady Bearcat in double figures as Tate finished with nine. Leigh Swint managed just three points but she pulled down 12 rebounds and had four assists. 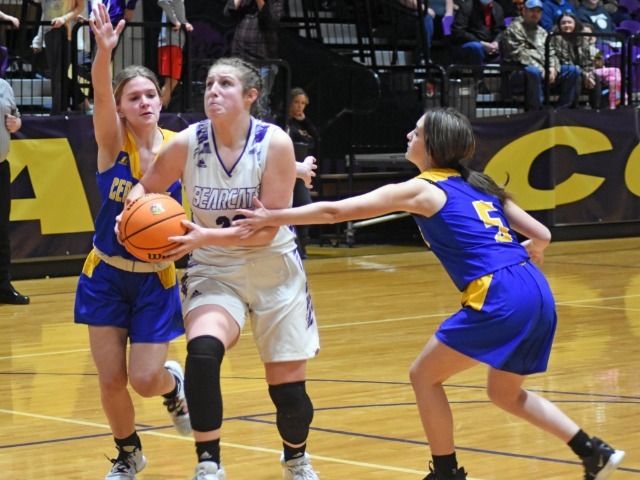 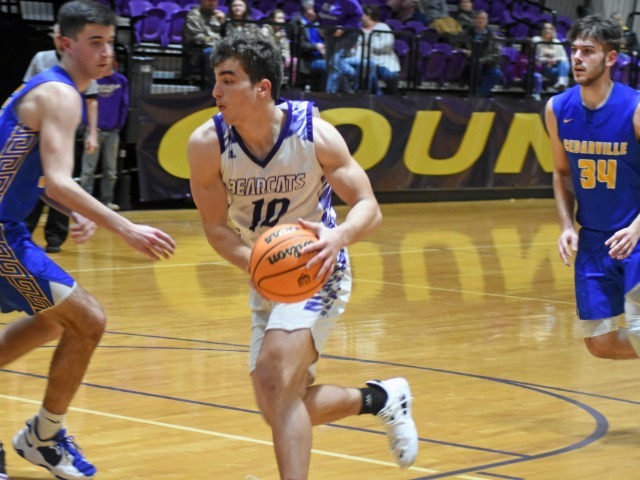 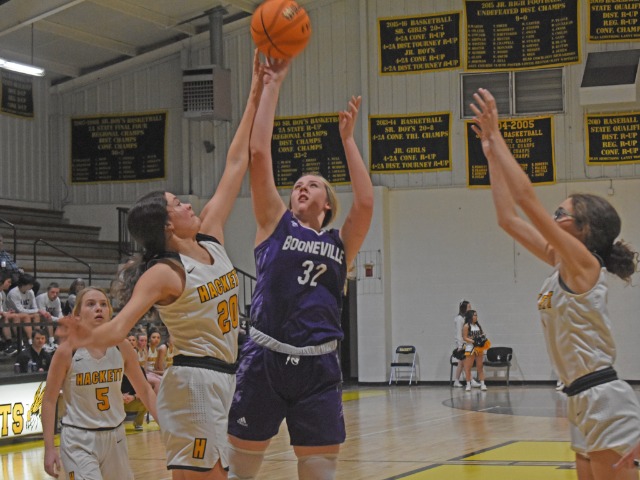 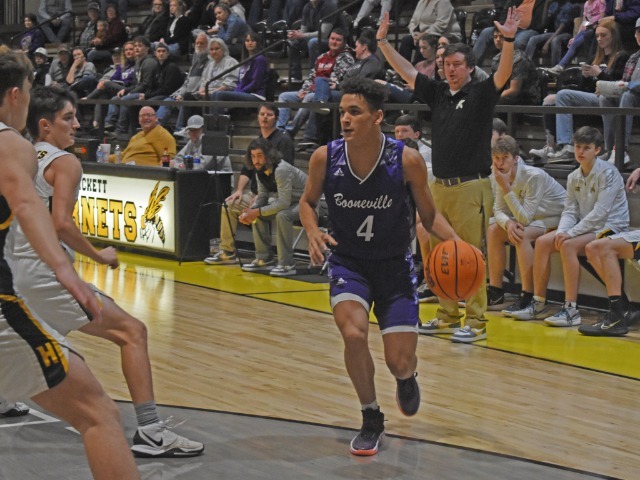