BEARCAT BIG PLAYS DO IN DEVILS 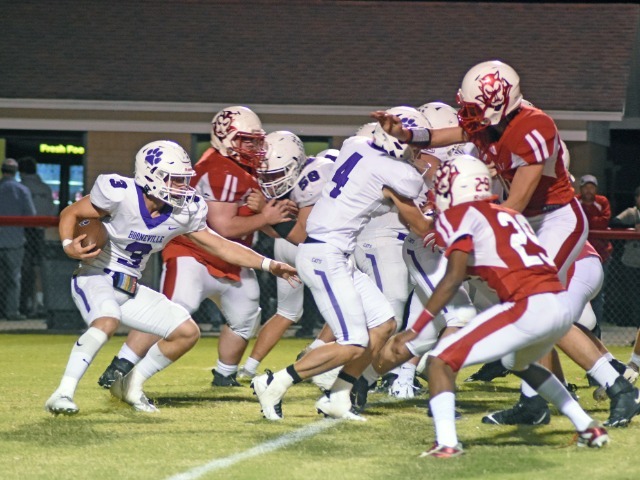 The Booneville Bearcats had three plays of greater than 60 yards in a 49-0 thrashing of Atkins Friday night.

Less than a minute into the game a 14-yard Red Devil punt was returned 20 yards by Brooks Herrera and the Bearcats were at the Atkins 17.

Randon Ray scored the next play and, minus kicker Pablo Ferrer for the game, Randon Ray ran for a two-point conversion and it was 8-0.

Rocky Ross deflected a would be screen pass on the ensuing Atkins possession and Mason Goers picked it off and took the turnover back 5 yards to the Atkins 20.

Rylen Ray converted a third-and-2 to get the ball inside the 10 and Ross scored from the 9. Ross also ran for a two-point conversion and a 16-0 edge.

A pass interference penalty and a 23-yard rumble moved Atkins to the red zone but a second down tackle for a loss by Dax Goff and Brett Welling pushed the Devils back, and after an offside penalty, Goff had another negative yardage play on fourth down.

Randon Ray got 6 yards after the turnover on downs and Ross started the big play highlights by going 74 yards to make it 22-0.

The first quarter was still not over, and would not expire before an Atkins punt and a three play drive with Randon Ray going 63 yards for a touchdown and a 28-0 lead.

Helped out by a personal foul facemask penalty and a fourth down conversion the Red Devils again got just inside the red zone before a negative yardage stop by Johnny Barnes and two incomplete passes.

The Bearcats then went 81 yards in eight plays. Goff had a 22-yard carry and Herrera scored from 33 yards out to make it 34-0 with 4:49 remaining until halftime.

The Bearcats got the ball back at their 29 with 2:58 to play in the half but that would be more than enough as Goff went 71 yards for a touchdown. Ross ran for a two-point conversion and it was 42-0.

Before the half ended the Bearcats got a sack from Goers and Rylen Ray.

With Peyton Tatum under center to start the second half the Bearcats scored in just six plays. Trace Hall had a 28-yard carry and later scored from the 8.

Cade Smith then came on to attempt his first career point after and converted it with ease for a 49-0 lead.

When the running third quarter clock expired the Bearcats were again at the Red Devil 19 with a third-and-1.

Out of the quarter break Smith attempted a 36-yard field goal and while the kick was online it was several yards it landed several yards short of the goal post.

A 50-yard run – Atkins finished with just 132 total yards – gave the Red Devils hope of avoiding a shutout but after a tackle for a loss by Ferris Danes, Blazen Jones picked off a pass at the Bearcat 10.

A penalty and a negative yardage play later the ball was at the 6 and Dunn Daniel went 94 yards but it was for naught as a holding flag negated the play.

The Bearcats would still gain a first down and run out the clock.

Up next for the Bearcats is the regular season home finale, which is senior night, against Paris. The Eagles are 8-0 and 5-0 in conference play after a 31-6 win over Perryville Friday. 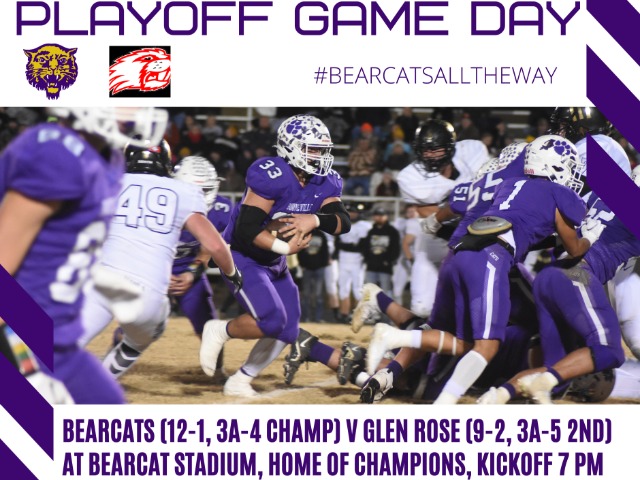 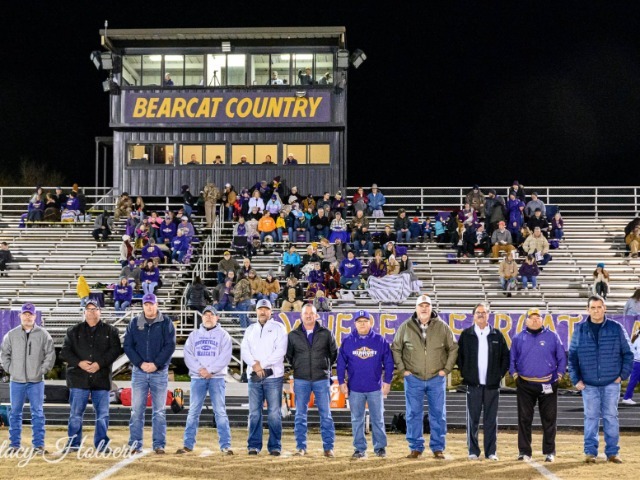 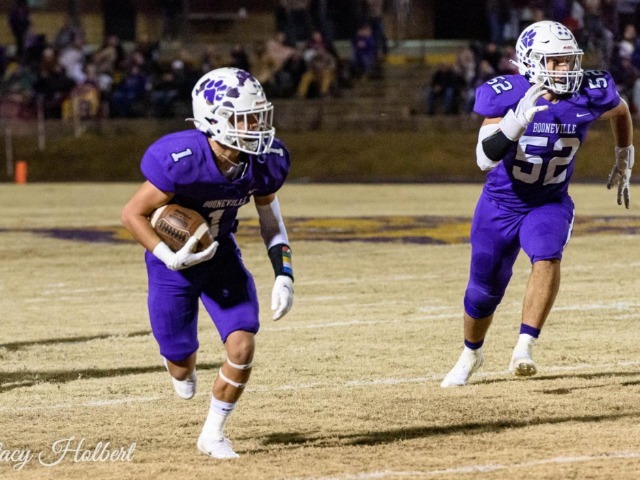 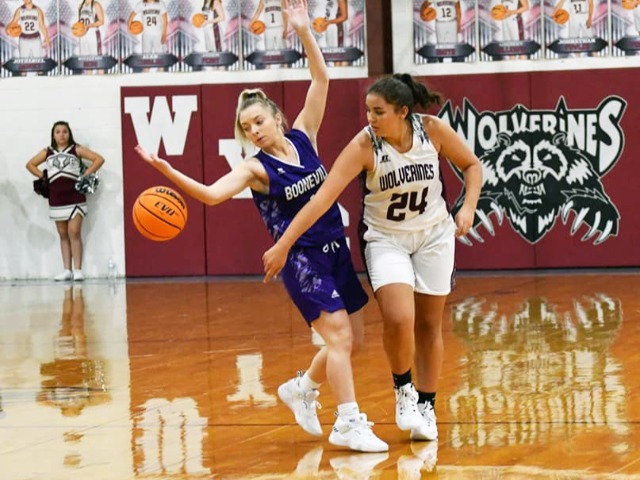